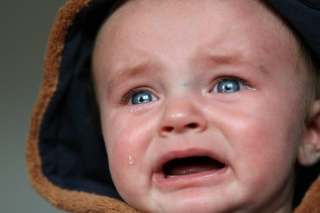 People who have experienced trauma often get stuck at the emotional age the trauma occurred if they have not dealt with it. It’s why people who have been abused become abusers themselves. It’s also  why someone who is in denial about their own abuse becomes irrational and defensive. People who have some disproportionate reaction to stimuli are emotionally stunted.

My father had the emotional intelligence of a young child. His impulsive, tantrum-like behavior was almost exactly what you’d expect from a toddler, not a grown man. In his teens, he started drinking. He made a comment to me once when he stopped drinking that he felt like a teenager. He meant it as a compliment to himself, but as he was in his fifties at the time, I did not see it the same way.  In many ways, he remained the broken child throughout the rest of his life, wholly self-centered and wholly unable to see the point of view of another. He was obsessed with revenge on anyone who crossed him. I don’t know a lot of details surrounding his childhood, but I do know he despised his mother, whom he thought was overbearing. He was also resentful of his older brothers, and felt picked on by them. He was focused making himself look more successful than them in every walk of life. They weren’t exactly a high bar, but he often failed at reaching it.

My mother sometimes seemed to act her age, that is, until she was provoked. She wore a mask of self- control, until someone (usually me) poked a hole in her false reality. Then she acted like an erratic pre-teen. She had been sexually abused around the age of 12, so that’s about right.

As I am sorting through my own stuff, I am finding that that a lot of my pent-up anger is teenager-like. My sense of terror is from a very young age, maybe one or two. My feelings of shame are from about age five. Sadness is a lot of ages, including present day. Being in therapy has helped me to identify this and to release it. With the help of my therapist, I am learning to give the younger parts of me what I need in order to feel safe and secure, heard, and loved. Oftentimes, it’s allowing my younger self to express how she feels without judgement. Sometimes it means taking action to make my younger self feel protected, but usually it just means sitting with her, allowing her to feel what she is feeling, without intervention. I had learned from a young age to parent myself, and now I am also learning to be my own best listener. I am still learning how important it is to help give her what she needs.

Dealing with adults who respond like children to any sort of emotional confrontation is really no fun. But as I am learning to love  and care for the children in me, I am learning to be more patient with those who have not done their own work. I can take their reactions less personally. It still disappoints me that we can’t have an adult relationship, but as long as I maintain healthy boundaries around them, I can allow them to be the broken people they are while continuing to love and care for the brokenness in me.