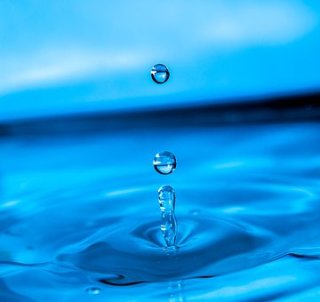 I have survived abuse of every kind. I now having a loving family and an otherwise peaceful, fulfilling life. I am proud of who I am and what I have overcome. But recently, I’ve also had to embrace that I have a disability. Because I spent so many years feeling pressured to be problem-free in order to avoid punishment, and internalizing that my thoughts and feelings don’t matter, it’s hard for me to accept this reality.

I developed Complex Post Traumatic Stress Disorder from prolonged exposure to emotional and sexual abuse as a child. Where PTSD is typically classified as an anxiety disorder caused from witnessing a traumatic event or events over a short period of time, C-PTSD is caused from prolonged, repeated trauma over the course of months to years. It is more common for childhood trauma to develop into C-PTSD than PTSD. One way to picture it is like this. Imagine you are in a dunking booth, and at any moment, someone will hit the target and you will be submerged into ice cold water. The stress level of anticipating this event, and the inevitable shock to the system, is like PTSD. Now imagine that ice cold water is dripping on you, slowly, over the course of a year. It’s not the same kind of shock, and you can even kind of get used to it, but you can never fully ignore it. Eventually, it will exhaust you physically and mentally. This is C-PTSD.

For years, I had suspected I had “something” as a result of the abuse, but I was also minimizing its effects in my life as a coping strategy. It was only when I started EMDR therapy about a year ago and started to pull these traumas out of the dark, dusty corners of my mind, that I realized how big they were. They are freakin’ huge, and it takes all of my courage to face them head on. Of course, all the signs were there. Nightmares, emotional flashbacks, dissociation, hypervigilance, and a disproportionate amount of stress in response to average events were, and are, a part of my every day existence.

I struggle to accept my C-PTSD because on some level, if I admit that I am weak or damaged as a result of the abuse, it means they won. They succeeded in destroying a part of me that I can’t get back. It means I need modifications in my lifestyle and I can’t pretend that I’m fine. The professional mask I wear especially hates this. Do I disclose that that reason I don’t put up with asshole behavior in the workplace is because I can’t put up with asshole behavior in the workplace? Do I disclose that if I spend five minutes with a toxic person means that I will need up to five days of recovery time? Triggers are inevitable. As someone who is used to taking responsibility for everything, it’s difficult to let people know I need help with this. There are so many insensitive people in the world. If someone makes an ignorant comment about snowflakes, I am done.

It is common for child victims of sexual and emotional abuse to develop C-PTSD as adults. People who have cluster B personality disorders, such as Narcissistic Personality Disorder, Borderline Personality Disorder, and Anti-social Personality Disorder, are not considered treatable, because these people are blind to their own behavior. They cause so much chaos that the people around them are the ones who end up needing treatment. C-PTSD recovery takes a lot of time and patience. It requires a loving environment. I am learning that it requires more grace than I have given it. I can only hope that others have more grace for me than I do.

One thought on “C-PTSD”